There are new available articles, click to refresh the page.
Today — January 20th 2020Your RSS feeds 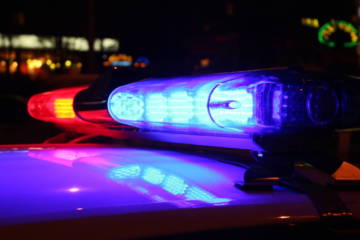 A Dutch teenager has been arrested in Austria after a fight broke out at a bar in a ski resort....

Exclusive Hewlett Packard Enterprise has warned that the industry-wide 18-month-plus shortage of certain Intel Xeon server-class processors may continue all the way through 2020.…

Virginia gun rally: What's behind the battle over gun control descending on Richmond

Thousands plan to attend a gun rights rally in Richmond, but the movement driving it has been growing for months. Here's what we know.

How Much is OneSavings Bank Plc's (LON:OSB) CEO Getting Paid?

Andy Golding has been the CEO of OneSavings Bank Plc (LON:OSB) since 2012. This report will, first, examine the CEO...

Pakistani authorities refused to let a top human rights lawyer leave the country, citing her "anti-state activities", she told AFP on Monday, in what appeared to be the latest example of an ongoing rights crackdown. Jalila Haider, who last year featured on a BBC list of 100 inspiring and influential women for her work defending women's rights in Pakistan, was briefly detained by immigration officials in Lahore as she tried to fly to Britain to attend a workshop on women's issues. "I address the issues related to women, minorities, enforced disappearances and problems Balochistan is facing today," the 32-year-old said, adding that authorities confiscated her passport and national identification card.

Hundreds of Iraqi anti-government protesters grappled with security forces in a bid to shut Baghdad streets on Monday, a deadline they had given authorities to implement long-awaited reforms. Rallies have rocked Iraq since October but, fearing they would lose momentum amid spiralling regional tensions, protesters last Monday told the government it had one week to meet their demands or they would escalate. Starting Sunday, young demonstrators in Baghdad and the south began sealing off highways and bridges with burning tyres ahead of the following day's deadline.

China will ban plastic bags in major cities and single-use straws from restaurants by the end of this year in a bid to cut down on waste. The country is one of the world's biggest users of plastic, and the plan targets a 30 percent reduction in disposable plastic utensils used by the takeaway food industry in major cities within five years. In a document released Sunday, the National Development and Reform Commission (NDRC) and the Ministry of Ecology and Environment said the production and sale of disposable polystyrene and plastic tableware will be banned by the end of the year.

Shareholders Are Thrilled That The Haidemenos (ATH:HAIDE) Share Price Increased 185%

The worst result, after buying shares in a company (assuming no leverage), would be if you lose all the money you put...

French President Emmanuel Macron is hosting 180 international business leaders at the Palace of Versailles in a bid to promote France’s economic attractiveness despite over six weeks of crippling strikes over his government's planned pension changes. Top executives from Google, Netflix, Coca-Cola, Toyota, Samsung and General Electric were among those attending the annual event Monday. Macron wants to promote his economic policies, including labor changes and tax cuts, to attract more foreign investors to the eurozone's second-largest economy.

In a muddy field in western Myanmar, hundreds of Chinese shipping containers fitted with single narrow windows stand in neat lines, empty of the refugees they were designed to host. The gray boxes were sent by China two years ago as quick and cheap housing for some of the hundreds of thousands of Rohingya Muslims who fled Myanmar for Bangladesh during a military-led crackdown in 2017 that the United Nations said was conducted with genocidal intent. The empty containers, situated near the town of Maungdaw in Rakhine state, reflect months of failed efforts to entice the Rohingya to return to Myanmar despite a diplomatic drive by the country's close ally and neighbor, China.

We often see insiders buying up shares in companies that perform well over the long term. On the other hand, we'd be... 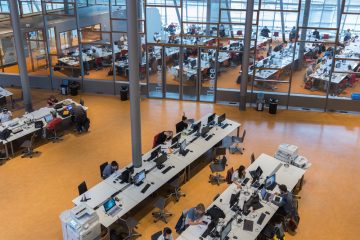 A number of campaigning academics are reporting their universities and colleges to government inspectors for failing to take crack down... 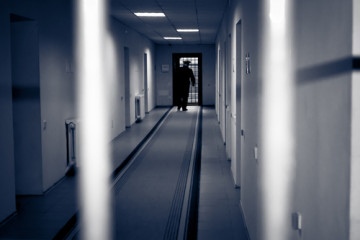 Four men have been arrested after a van was set on fire outside a prison in an apparent bid to...

In 2000 Tim Steiner was appointed CEO of Ocado Group plc (LON:OCDO). This report will, first, examine the CEO...

Many investors are still learning about the various metrics that can be useful when analysing a stock. This article is...

Pakistan on Monday approved the import of 300,000 tonnes of wheat to relieve a flour supply shortage that has created a crisis for the government of Prime Minister Imran Khan. Flour and bread prices have shot up during the last week as flour disappeared from shops and wholesale markets. People have queued outside flour mills in some parts of the country and bread makers have shut their shops to protest against what they say is government pressure to sell bread at controlled prices.

This article is written for those who want to get better at using price to earnings ratios (P/E ratios). We'll apply a...

The global pre-painted metal market size is expected to reach USD 27.9 billion by 2025, expanding at a CAGR of 11.2%, according to a new report by Grand View Research, Inc. Growth in the commercial construction sector is likely to propel the product demand as it is used in facades, cladding system, and roofing structures.