There are new available articles, click to refresh the page.
Today — September 18th 2020Your RSS feeds

The fight against France’s Nutri-Score system reigning supreme as the mandatory EU-wide nutrition food label has kicked up a notch with the addition of a new non-paper backed by multiple member states.

The Trump administration issued new rules Friday morning that will cripple the operation of two popular Chinese-owned apps in the United States.

How to Help Victims of the California Wildfires

There are a number of ways to help, including donating to relief organizations and signing up to host displaced community members.

Working at home has not led to more burnouts, TNO survey shows 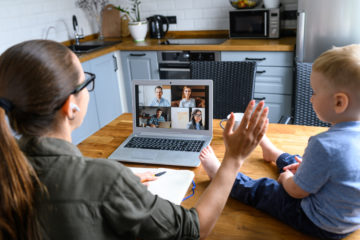 Tencent is to screen the remaining 372 Premier League matches in the 2020/21 season in the Chinese market.

It follows the termination of a previous contract with PPTV after the broadcaster withheld the latest £160 million instalment in March. In addition to live match coverage, in a global first Premier League clubs will be able to share short clips during matches to engage directly with their supporters in China and enhance the Tencent partnership.

Premier League Chief Executive Richard Masters said: “We are excited to have agreed this partnership with Tencent ensuring our supporters in China can enjoy following Premier League action throughout this season. We and our clubs have an extremely passionate fanbase in China and are looking forward to working with the team at Tencent to engage with fans in new ways over the coming season.”

Premier League says it will continue to explore opportunities for free-to-air broadcast coverage in China for the 2020/21 season.

The upcoming negotiations over the EU's long-awaited new migration proposal are expected to hit another dead end, despite the European Commission's assurances of having held an "intensive consultation process".

Belarus will close its borders with EU neighbours Poland and Lithuania and step up security measures at the Ukrainian frontier, President Alexander Lukashenko announced on Thursday (17 September).

That Mushroom Motorcycle Jacket Will Never Go Out of Style

Leather goods made of fungi are versatile and sustainable, a new study finds.

By Alexander Burns and Matt Stevens

When a NYC MTA Bus Driver Told a Rider to Wear a Mask, ‘He Knocked Me Out Cold’

More than 170 New York City transit workers have been harassed or assaulted for asking passengers to wear masks.

By Chris Buckley and Keith Bradsher

Party leaders have pledged to increase their influence over entrepreneurs even as they promise greater aid, reflecting Xi Jinping’s greatest — and sometimes conflicting — challenges.

At the National Archives Museum, the president warned against a “radical movement” that has emerged from “decades of left-wing indoctrination in our schools.”

Last month, the museum acquired works from 80 artists, often through discounted sales. A new letter signed by more than half of the artists asks for substantive changes in the Whitney’s policies.

In an Unlikely Covid Survivor’s Case, More Questions Than Answers

Six months in, it is clear that mortality is not the only outcome that matters.

How Flu Shots Can Help in the Fight Against Covid-19

Experts worry that the two diseases could overwhelm the health care system and create a new shortage of hospital beds and personal protective equipment.

The Krause family made its fortune running convenience stores across the Midwest. Now it has set its sights on restoring one of Serie A’s most storied names.

What’s Next for the Coronavirus?

The virus isn’t going away, but a vaccine is coming and so is an election.

Crime + Investigation is going direct to the consumer in the German market.

Customers can enjoy a 14-day free trial, after which Crime + Investigation Play costs €3.99 per month. Apple’s “Family Sharing” function allows up to six family members to share a subscription to the Apple TV channels by using their Apple ID and the corresponding password.

Kathrin Palesch, Managing Director of A + E Networks Germany said: “With Crime + Investigation Play, after HISTORY Play, our second on-demand channel is now coming to Apple. It offers first-class factual entertainment from the true crime genre and covers a wide spectrum. With the launch of the channel, we are consistently expanding our presence in the digital area.”

Crime + Investigation Play launched in the UK and Ireland in 2019 and came to Germany and Austria for the first time in June 2020.

Priority coronavirus testing for teachers, nurses will start on Monday 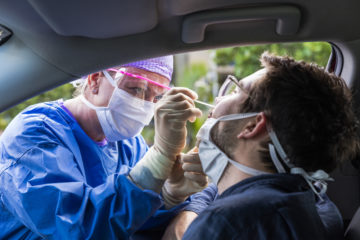 Teaching staff and healthcare workers considered to be essential are to be given priority at coronavirus testing centres from Monday,...