There are new available articles, click to refresh the page.
Today — September 18th 2020Your RSS feeds

The Trump administration issued new rules Friday morning that will cripple the operation of two popular Chinese-owned apps in the United States.

How much longer are we going to allow its platform to foment hatred and undermine democracy?

Campaigning during a pandemic is an experiment for everyone.

The video app is also looking for a new chief executive and has talked to candidates including a founder of Instagram.

Known as Discovery Ultra, it is on air for 24-hours daily and is available to MTS satellite, cable and mobile TV subscribers in the basic package, as well as IPTV customers, except in Moscow and Moscow region. Around 80% of the channel’s content is produced in native HD and the plan is to increase this to 100% in the near future.

Commenting on the channel’s launch, Grigory Lavrov, general director of Media Alliance, said: “Ultra HD television is the next generation of television. Today, more and more 4K TVs are sold in Russia, while there is still very little native UHD content. We consider this niche promising and are launching our second ultra-high definition channel, following the sports Eurosport 4K. It is sports and educational and entertainment content that, in my opinion, look the most advantageous in 4K. Epic footage and inspiring video sequences have always been one of the competitive advantages of the Discovery channel, and now viewers have the opportunity to experience an even greater effect of presence.

“We are grateful to our partners from MTS, together with whom we did a great job to make this launch possible. This is another serious step in the development of our strategic cooperation”.

Alexey Ivanov, COO of MTS Media, added: “The modernisation of the TV channel plan is one of the key points of the development strategy of the TV segment of MTS. Within the framework of this direction, it becomes more and more important to expand both the genre and content content, and the image quality. Strengthening our offer with a new Ultra HD channel is a logical step along this path, and we are confident that our subscribers will appreciate the interesting content of the Discovery channel in modern TV picture quality”.

A Danish Children’s TV Show Has This Message: ‘Normal Bodies Look Like This’

The program aims to counter social media that bombards young people with images of perfect bodies.

Wearable cookies, rooftop poets and life in the breakaway region of Abkhazia: Here are some of the Instagram accounts brightening our art critic’s daily feed.

The video app is also looking for a new chief executive and has talked to candidates including a founder of Instagram.

Martha Stewart, Blissed Out on CBD, Is Doing Just Fine

America’s foremost domestic goddess was well prepared for many months spent at home.

QAnon, Instagram Blackouts: Misinformation is 'Its Own Pandemic' Among Parents

Here’s how to push back on social media and in person.

Senate Republicans and others criticized the latest plan to allow TikTok to continue operating in the United States, citing national security concerns.

Senate Republicans and others criticized the latest plan to allow TikTok to continue operating in the United States, citing national security concerns.

The rumors have overwhelmed local law enforcement agencies, leading them to plead with the public to verify information before sharing it.

By Marc Tracy and Lara Jakes

The Justice Department says AJ+, a media outlet backed by the royal family of Qatar, engages in “political activities.”

MPs, business leaders and children: some 700 Dutch names are included on Chinese database 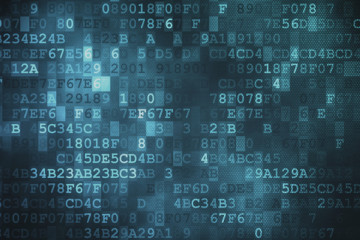 The names of 700 Dutch nationals, including politicians and their family members, businessmen and royalty, are in a database put...

President Trump participated in a televised town hall event in Philadelphia on Tuesday, pushing back at an undecided voter who claimed he "took his foot off the gas" on coronavirus mitigation, and another questioner who said he "downplayed" the severity of the coronavirus in the early days of the pandemic.